EU GMP Annex 1 update: The devil’s in the detail – part 2

Writing a blog to cover the updates made to EU GMP Annex 1 – Manufacture of Sterile Medicinal Products was quite a challenge due to the sheer amount of new content. Previously I covered changes and updates to the control of personnel, premises and water systems. Now for the rest…

Of interest to me from my NIBSC days is the new section on Lyophilisation. During my time working there, I tested many hundreds of freeze-dried vials for sterility, as well as performing environmental monitoring on those facilities.  I saw at close quarters the technologies employed to keep the product free from contamination. The guidance offered will hopefully ensure that the process remains free from contamination at particular stages of the process, such as integrity testing of the freeze dryer, validated loading patterns to minimise disruption of air flow and what to ensure, that if seating of stoppers is not complete that they remain in a grade A environment.

Single Use Systems, although not new technology (I was using those over 10 years ago) gets its own dedicated and detailed section. A great deal of the section is dedicated to the measures used to ensure the integrity of these single use systems. Placing importance on making sure that there is no extractable and leachable material in the SUS system is also interesting. Contamination of the product can be chemical as well as biological. There is also a section on closed systems which ties in with similar advice to the other systems I have just mentioned.

EM, both viable and non-viable is currently covered in the Cleanroom and Air Device Classification and Cleanroom and Air Device Monitoring. The current annex 1 concentrates mainly on non-viable monitoring, certainly for the case of viable monitoring there is very little detail given. The update addresses this in a big way; both viable and non-viable have dedicated sections with much more detail than currently included. Also, in considerably more detail are Aseptic Process Simulations, currently part of the process section in the current annex.

Of note for non-viable EM is the change from ISO 14644 parts 1 and 2 1999 to the 2015 version. The advice ties in with that change. There is further clarification as to when a room is “at rest”, and the definition of room class is now part of the Premises section rather than being part of the monitoring section.

If there is one section that directly affects the Cherwell Laboratories business it is this section. Viable EM is only paid lip service in the current annex, now there is plenty of detail. Currently, only the microbiological methods of monitoring are mentioned, not how to apply them. The advice given on viable EM really is what most sterile GMP operations use as best practice. This includes continuous monitoring during filling operations, not stated in the current annex (currently only for non-viable). There is advice on how best to approach trending of data and the expectation to speciate isolates from grade A and B areas. Currently the limit for a grade A area is <1 cfu as average values for that area. Although the limit is now 1, the expectation is the count should be 0. Any count now requires an investigation – based on industry best practice this I believe is already the norm and when I was the site microbiologist at NIBSC was how I reacted to colonies from grade A EM samples.

APS’s now have their own dedicated section, part of the “Process” section in the current annex 1. The additional detail complements the added emphasis in the personnel section updates. I immediately noticed the change in pass criteria. Currently the contamination level is based on the number of containers from that fill. Now, quite simply no containers can be contaminated during the APS regardless of the size and number of containers in the fill. New content also includes spelling out the factors that should be taken into consideration when developing an APS based on product type, the length of the APS should be representative of the aseptic manufacturing process and the test should take into account the worst case scenarios that could happen during a fill. The filling process also included the containers used. The expectation now is that the entire internal surface in the container must come into contact with the nutrient media using such techniques as agitation, swirling and inversion.

Such is the level of detail in this annex 1 update; this blog, to make it readable, is not a comprehensive account of every single update. What I hope is that it has given you a real flavour of what to expect when the update eventually goes live. Bearing in mind this document is out for consultation, not all the updates will make it into the final release. I am looking forward to attending the PHSS Annex 1 conference on 12th March, where the industry will gather to debate the updates and question Andrew Hopkins about them. Look out for my blog after that meeting in mid-March, which will report on the industry response and that of the regulators to the comments made.

You can subscribe to our blog below (we only send out a maximum of one email a week with our blog topics).  You can also sign up to receive our bi-monthly newsletter by clicking on the sign up button below to make sure that you don't miss out on any further updates we publish on the revision of annex 1. 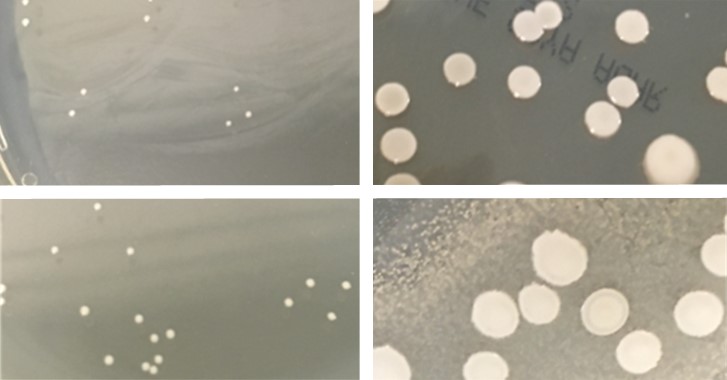